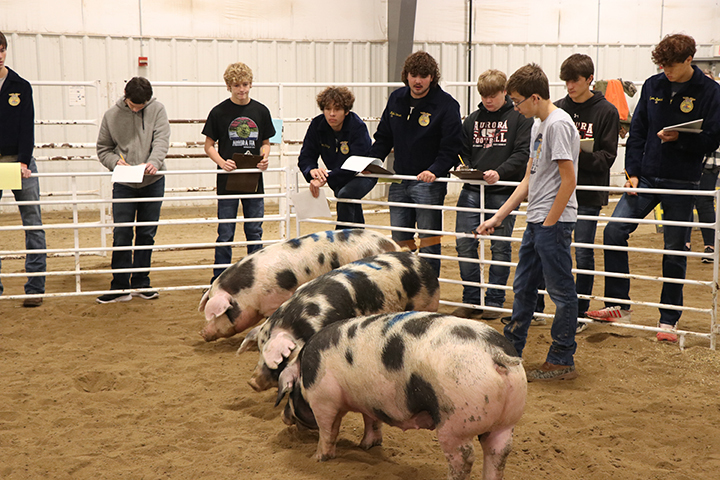 Placing fourth out of 134 competitors, junior Mogan Bonifas led the AHS livestock judging team at district competition in Central City on Nov. 9. Junior Emi Huls had a score of 478 and got fourteenth place. Senior Devin Danielson had a score of 464 and ranked twenty-seventh overall. Aurora ranked fifth in their district, 22 points shy of making it to state this year.

“Our freshmen and sophomores got fourth overall last year which is really good and they got the chance to go to state,” Cordonier said.

Last year, the freshmen and sophomores had a chance to compete at state for livestock judging. This year the junior team had an overall score of 1623 and ranked tenth in their district.

There are two main categories of judging: Market and Show. For Market, students are instructed to look at the muscle and fat of certain animals and rank them accordingly. For Show, students are looking at the animal’s correctness and the overall “look” of the animal. Students are then placed in front of a judge to explain the reasons for their rankings.